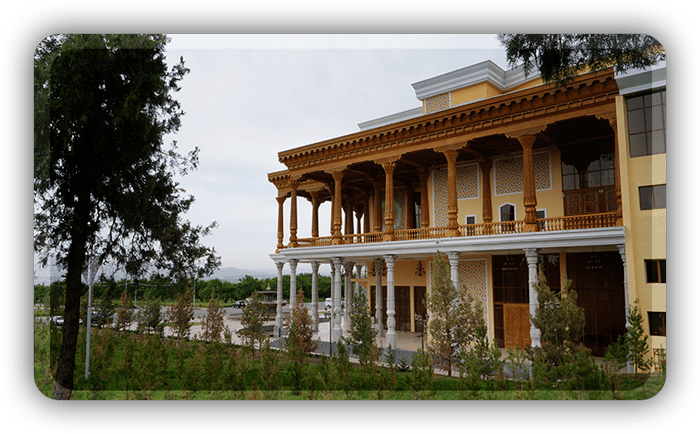 We offer an astonishing tour to see the incredible sights of the countries. This adventure includes the visits of the most famous tourist attractions that attract so many people in. You will also be able to enjoy the beautiful nature that will amaze you with the view along historical architectures.

Day 1: Almaty
You will be met and transferred for sightseeing in central part of Almaty. During the city tour you will have an opportunity to learn a lot of the history and development the city and see its major sights. The first destination of the tour is Green Bazaar. Here you will be able to experience the real bazaar as well as learnt the art of bargain. After it you will visit Panfilov Park one of the oldest in Almaty, where Zenkov Cathedral one of the most amazing wooden building is situated. After it you will have an opportunity to visit Memorial of Glory and Eternal Flame, which was built in memory of those who died for freedom and independence of the country. Then is the famous and popular place among tourists - Medeo Gorge. Here you will be able to find the highest mountain skating rink in the world and the dam that protect the city from dangerous mudflows. Then in Kok-Tobe hill is the tallest TV tower in the world located. After it you will return with the help of the Almaty cableway your tour for today ends. Night is in the hotel.

Day 2: Almaty - Issyk - Almaty
In course of the tour you will drive to the most popular place of Trans-Ili Alatau - Issyk Gorge that lays along the Kuldja tract. Many centuries ago here the endless caravans passed. During the transfer you will have an opportunity to learn more about Sakas period and the place where the "Golden Man" was found. This attraction became the state symbol of the Republic of Kazakhstan. Ton deeper your knowledge of the Sakas period you will explore the State Historical and Cultural Museum-Reserve "ISSYK", where you will see the excursion of the history and culture of the Sakas period, including a copy of Golden Man and golden items, ancient ceramics, weapon, elements of horse equipment, as well as the model of Sakas burial mound. After it you will visit Issyk Lake with the altitude of 1756 meters above sea level. It formed due to mudslide that made natural dam of 300 meters in height. The lake will impress you by this incredible view. You will hear details of the natural disaster of 1963. Also at the lake you will have a picnic and free time for enjoying nature. Night is in the hotel.

Day 3: Almaty - Bishkek
Today your destination is Bishkek. To have a tour here you will be met and transferred to Bishkek. It is the capital of Kyrgyzstan that situated at about 800 meters high near the northern range of the Kyrgyz Ala Too range. This range rises to 4,855 meters high and provides a bewitching view. In course of thy tour you will have an opportunity to visit such amazing attractions in Bishkek as: Pobeda Square (Victory Square), Duboviy Park (Oak Park), Central Ala-Too Square, the National Arts Museum, National Philharmonic, and many other places of interest. Night is in a hotel.

Day 4: Bishkek - Burana - Issyk Kul northern shore
Your destination today is the second largest alpine lake encircled by mountains with the altitude of 1608 m. above sea level. This lake is also known as "the pearl of Central Asia". Moreover it doesn't freeze due to the salty water. On the way to it you will have a stop to visit Burana Tower of 11th century and an open air museum of Balbals (stone warriors). In addition you can go to the top to witness the view that Silk Road travelers saw themselves. Burana Tower used to be a sign for have a shelter and to have a rest. Overnight is in a hotel.

Day 5: Issyk Kul Lake - Karakol
Today your road will go to Karakol city. During the route you will explore the ancient stone inscription - petroglyphs of the 800 B.C that shamans made about 2 000 years ago. Then you will continue our drive at the northern shore of the lake to Karakol. Here you will make a tour to explore the Dungan mosque that was built in Chinese style without  even one metal nail as well as old wooden Orthodox Church. Overnight is in a guesthouse.

Day 6: Karakol - Jeti Oguz - Issyk Kul southern shore - Bishkek
Next place to visit is Jeti Oguz gorge. This sight is also known as Seven Bulls that created of red rock and interesting formation. Moreover you will have an opportunity to see the Broken Heart Mountain that you need to climb for 20 minutes. At the top of it you will see the magnificent panoramic view of the gorge. In course of tour you will have a stop at Bokonbaeva village. Here you will meet the eagle hunter that use the ancient way of nomadic hunting with the help of eagle that passes through generations. He can hunt hares and foxes. Continue drive to Bishkek city. Night is in a hotel.

Day 7: Bishkek - Osh - Guliston - Khudjand
In the morning you will have a flight from Bishkek to Osh. Upon arrival you will visit one of the main sacred places of among Muslim pilgrims - Suleiman Mountain or Solomon's Mountain. This site is located in the center of the city. According to the legend, biblical prophet Solomon (Suleiman, in the Koran) was buried at the foot of it. In course of the tour you will drive to Tajik border through mountains and high passes. During the tour you will drive via Batken region. This region is famous due to the famous apricot trees and exceptional in the beauty flower -Aigul. Tajik guide will meet and transfer to Khujand city. It is considered to be the second largest city in Tajikistan with the population 149, 000. Khujand city is located on the Syr Darya River of the Fergana Valley. Moreover this city is the capital of the northernmost province of Tajikistan, now called Sughd. Upon arrival you will have a tour in a Cultural Palace of Khujant, where the first president of Tajikistan was chosen. Also we will go to see Central Mosque that is situated in the middle of the city. Overnight is in a hotel.

Day 8: Khudjand - Iskanderkul Lake
Today your destination is Iskanderkul. It is mountainous lake that located in the famous Fann Mountains which altitude of 2 255 m. a. s. l. You will be impressed by the view of this place that is considered to be one of the best places in the Central Asia. Upon arrival you will have a free time to explore the beach. During the travel you will be able to witness waterfall but to reach it you need to hike 40 minutes. In tours it is worthy to note that among CIS countries Tajikistan is in the second place for its volume of water resources. In Tajikistan there are more than 1 000 rivers, 2 000 lakes and 8000 glaciers. Night is in a home stay.

Day 9: Iskanderkul - Penjakent
Penjakent is your destination for travel today. During the tours to this place the road goes through Shahriston pass that is located at the height of 3 378 m. In an impressive Zeravshan river valley you will find a Penjakent also known as five villages in Tajikistan. Furthermore this city appeared in the 5-8 centuries AD. Due to the excellent craft it became one of the most important centers of Sogd that had another name - "Central Asian Pompeii". This city had excellent structure with a ruler's palace, two temples, markets, rich dwelling houses decorated with numerous paintings, wooden and clay statues of ancient gods. The remains of this place found only in the last century. Today tourists and travelers have an opportunity to witness the ruins of a city such as dwelling houses and office buildings, the citadel with the palace, the house of craftsmen, and fire worshipers church. Overnight is in a hotel.

Day 10: Penjakent - Jartepo - Samarkand
During the travel in the morning crossing of the Tajik-Uzbek border. You will be met at other side of the border and transferred to Samarkand Check in and night is in the hotel.

Day 11: Samarkand
Today you will have a city tour in Samarkand. In term of size this is the second largest city in Uzbekistan. It is located in the valley of the river Zerafshan with the deep history as the cities of Babylon or Rome. During the tours in here tourists explore te most prominent sights of the city such as: Registan square, Shakhi-Zindeh, Mausoleum Guri Emir and Bibi Khanum Mosque. At first you will visit complex of three fascinating Madrasahs dating back to 15-17th centuries -Registan Square. You will like this sigh for sure. After it is the collection of huge mausoleums of the 11th-15th centuries of Shakhi-Zindeh. This collection is listed as UNESCO World Heritage Site. And the sight that was built for favorite Tamerlane's wife is Bibi Khanum Mosque. Overnight is in a hotel.

Day 12: Samarkand - Bukhara (Morning train transfer)
In the morning you will have transfer to Bukhara by train. Upon arrival you will start a city tour by exploring the greatest sights of the city. At first you will visit the oldest citadel in Uzbekistan - citadel Ark of 4th century. This citadel used to be a palace for few dynasties of Bukhara Empire. After it you will be able to witness the great architectural work of 9th -10th centuries - Samanids mausoleum. Chashma Ayub or job's well and Bolo-Hauz mosque that knows due to forty columns that was built in honor of Bukhara governor Abu-Fayud Khan. Then you can explore the city by walking in shopping domes and visit the most outstanding sight of this tour - madrasahs Nodir Divan Begi. It is also considered to be as a part of Lyabi House Ensemble. In the end of the day you will visit the unique sample of architectural art of Bukhara - Poi Kalon complex, of three structures built in the 12th - 16th centuries: Kalon minaret, Kalon mosque and Mir Arab Madrasah. Night is in a hotel.

Day 13: Bukhara - Tashkent (Morning train)
Destination for the tour is Tashkent that you will reach by train. The tour of your will be start by visiting Independence square that is the main square of the country. It is a symbol of victory in World War II. After it you will be able to enjoy the local Broadway, which divide Independence square and Amir Timur square. Moreover you will have a ride in the one of the most beautiful subways in the world. The first line of the metro was opened in 1977. After it you will visit the old parts of the city such as Chorsu Bazaar, Kukaldash Madrasah and Hast Imam complex that consists of several madrasahs, mosques and mausoleum. The highlight of of the tour is Othman Quran, it is the world's oldest Quran copy of 8th c. Overnight is at the hotel.

Day 14: Tashkent - Departure
Breakfast is at the hotel. Your driver will transfer you to Tashkent international airport for flight.

Entrance fees in UZ* (with escort guide only) - $35 per group