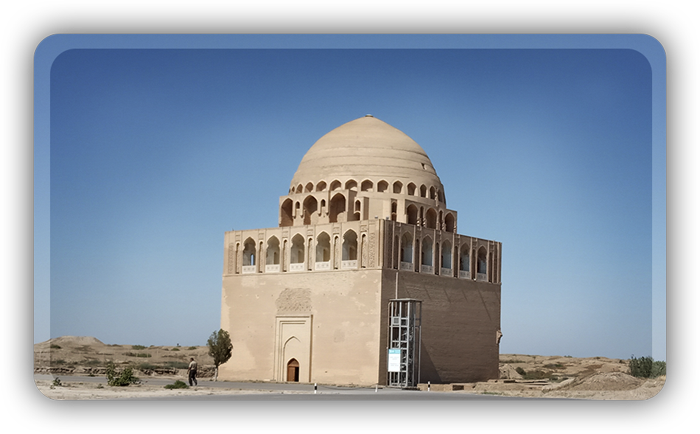 This tour is based on exploring of the most famous places of Turkmenistan. Here you will immerse yourself in magical sights which are still not fully sightsaw. Reach beautiful days about the land of the great Silk Road and see highlights of the white marble country!

Day 1: Ashgabat - Darwaza
Welcome in Turkmenistan diamond 3. At airport you will be met by the guide who transfer you the "Old Nisa" (Sanctuary of Parhian Kings UNESCO World Heritage site). Afterwards, you will travel to the significant site as "Gypjak" (Mosque and Mausoleum of the late President of Turkmenistan). After sightseeing, you will drive via the Karakum desert to Darwaza in order to see flame Gas Crater. It is better to stay up to evening in order to enjoy the burning view of the famous site. On the way you will have an opportunity to take vibrant photos. Night is in a hotel.

Day 2: Darwaza - Ashgabat
The tour will start by driving to Ashgabat. Today you will have a city tour and see stunning places as Ertugrul Gazi Mosque, Lenin monument as well as the Russian Bazaar. Talking of Ertugrul Gazi Mosque, it is one of the most visited places among tours. It was built in 1990 in the center of the city and accommodate up to 5 thousand people. When you enter, you will find it decorated the ancient Islamic-Byzantine style. Lenin monument was kept to the front-runner of proletariat world and presented in the capitals of the post-Soviet Central Asian republics, located in center of Ashgabat. Visiting the Russian Bazaar, you will learn more about local life and find oriental goods. Don't miss to bargain! Night is in a hotel.

Day 3: Ashgabat - Ěary/Merv
In the morning you will travel to Mary city. On the route, you can visit Annau and see the traces remains of Seyit Jamal-ad-Din Mosque, found in the 15th century. Then, you can see Abiward or Abi-ward, belonging to the ancient Sassanid city in modern-day Turkmenistan, where its remains were found in the last century and located in 8 km west of the Kahka station on the territory of 12,000 m2. It is 60 feet high and 700 feet round. Later on, we will travel to Mary city, which was the primarily key of the Great Silk Road as well as the largest city of past times. On arrival, you will see mausoleums of Sultan Sanjar and Muhammed ibn-Zeyd with rich attributes of 12th century. It will be one of the productive days on your tours. Rest is in a hotel.

Day 4: Ěary - Ashgabat
The last day of our tour will be continued returning to Ashgabat city. Ashgabat in 2013 was included in the Guinness Book of Records due to the white marble buildings, founded in 1881. In addition, you will walk among the main sightseeing of the city as parks and monuments, sacred mosque and other places of wonder. In the end of day, you will have rest is in a hotel.

Day 5: Flight
Turkmenistan diamond 3 is over. Have a safe flight!